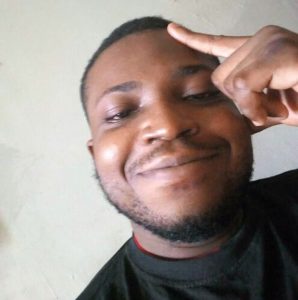 Dhee Sylvester is a recluse living in a part of Lagos only few Lagosians have heard about. He’s the author of From Man To God, the co-author of Two Shades Of Crazy, and has been a part of numerous literary anthologies. He was a columnist at SynCityNG and worked as a football writer at SoccerNationNG. His poetry and short stories have been published in print and online, and he wrote the screenplay for the short film, Camel Dancing.

Okoemu Okoemu Okoemu was born in the month February, 1991, into the family of Elder M.E. Okoemu of Ugun Emu, in Esan South East Local Government Area, Edo State. He is the third child from his mother’s side -Mrs. Veronica Ibhade Ikheloa. He began his primary education at the Usolo Primary School in 1996 and wrote his Primary school leaving certificate examination in July 2002. He proceeded to the Lighthouse College Ibhadan Emu, for his junior secondary education in September 2002 and sat for his Junior WAEC in 2005, in September of that same year, he moved to St. Andrew’s Catholic College, Ugun Emu for his senior secondary education, where he sat for his West Africa Examination Council and National Examination Council’s Exams respectively in May/June, 2008. 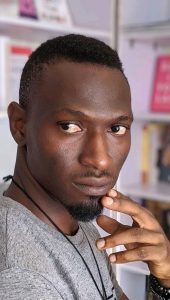 Ifeoluwa Aiki is a tech nerd, a hobbyist photographer and a writing enthusiast who loves a good yarn. He is a self published author and his short pieces are up on various literary blogs and websites. When he’s not busy being a clown on facebook, he can be found writing software codes or sitting in a quiet place nursing a bottle of fanta trying to find wisdom in it’s depth. He is a satirist and a ‘humor writer’. 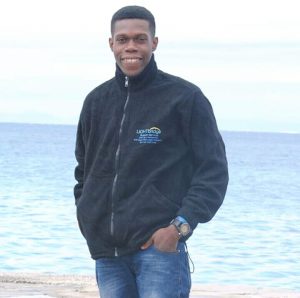 Chinua Ezenwa-Ohaeto is from Nigeria. He won the Castello di Duino Poesia Prize in 2018 for an unpublished poem, which took him to Italy. He is the recipient of New Hampshire Institute of Art’s 2018 writing award and 2018 scholarship to the M.F.A. program. Some of his works have appeared in Lunaris Review, AFREADA, Raffish Magazine, Kalahari Review, Palette, Knicknackery, Praxismagazine, Bakwa Magazine, Strange Horizons, One, Ake Review, and Crannòg. 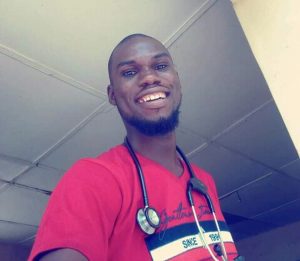 Ojo Taiye is a young Nigerian who uses poetry as a handy tool to hide his frustration with the society. His recent works has appeared in or is forthcoming from Verity La, Strange horizon, Vallum, Rattle, Frontier Poetry, Stinging fly, Temz Review, Grain Magazine, Notre-Dame Review, Ninth letter and elsewhere . He loves drinking coffee and binges on good movies a lot. You can follow him on Twitter @ojo_poems 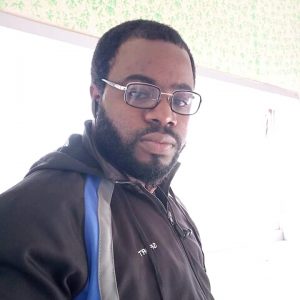 Ubaji Isiaka Abubakar Eazy is a poet, short story writer, editor, and essayist. He has written myriad critical essays on literature and has most of them published on www.memorila.com. His poems have also found their way onto various literary platforms. His hobby is discussing the literary arts. 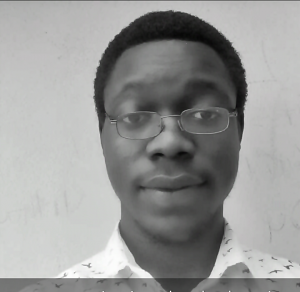 Akpa Arinzechukwu is the author of city dwellers. Their works have appeared or will feature in Prairie Schooner, the Southamptom review, lunch ticket, saraba, brittle paper, transition  and elsewhere. 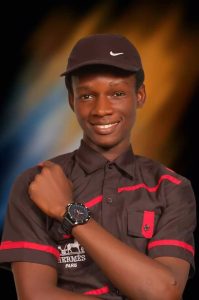 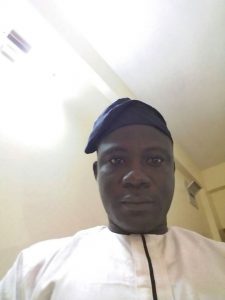 Ben Ige was born and raised in Nigeria. He has well over thirty literary works to his credit. His works have appeared in various journals and anthologies around the world including ANA Review, African Writers, Deep Underground Poetry. He is the author of ‘Ben and Rose’, a children’s literature; ‘The Teacher’s Blood’, a satirical play; ‘We Shall Get There’ a collection of poems; ‘Beyond the Classroom’; prose, a recommended literature text for BECE in some states in Nigeria. Some of his books are: The Role Model, Wisdom is Gold, The Great Treasure, The Great Wisdom, and The Golden Opportunity. He currently lives in Ibadan where he is at work on a new novel. 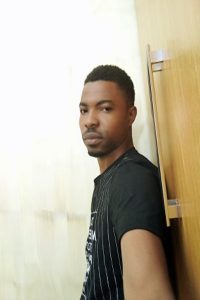 John Chizoba Vincent is a poet, Author, Cinematographer and filmmaker. He was born and brought up in Aba and later moved to Lagos where he had his tertiary education . His works have appeared on allpoetry, Voicesnet, Poetrysoup Poemhunter, Africanwriter, TuckMagazine, Gaze,naijastories, Praxismagazine, Nairaland, black boy reviews and forthcoming in BrittlePapers. His writings have featured in many anthologies both home and abroad. He has five books published to his credit which includes Good Mama, Hard times, Letter From Home, For Boys Of Tomorrow. He lives in Lagos where he writes. 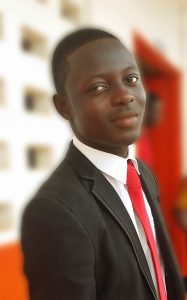 Kofi Acquah is a Poet, Writer, Music fancier, Spoken Word and a Performing Artist. Kofi hails from the Central Region of Ghana. His creative journey professionally began in 2014. He was shortlisted in the Poetry category for the 2018 African Writers Award held in Abuja-Nigeria, and also shortlisted twice in the poetry category for the maiden and second editions of the Ghana Writers Awards, 2016 & 2017 and a certificate holder of the 2015 American Poetry Marathon. His works has widely been anthologized and publicized by eminent global repute, like Bodies & Scars Anthology (2019), The Nalubalee, Review—issue 1 (2019), Best New African Poets Anthology (2018), A New Ulster journal—issue 62 (2017), The XXI Century World Literature—India (2016), Voices of Humanity Vol.1—USA (2016), Tuck Magazine, The Poets Without Limits Magazine , modernghana.com, enewsgh.com, poemhunter.com etc. Kofi Acquah was the poet and artist behind the 2017 Adonko Radio and Television Personality Awards commercial poem -Ghana. He has also been featured in Radios like Cape 93.3 FM -Cape Coast, Ghana, City 97.3 FM -Accra, Ghana, Fifthwall Radio – Florida, USA. He has authored/co-authored books like ‘Palm Leaves’ (a collection of poems published by Forte Publishing) and unpublished (2 Poetry Collections and 1 Novella)

Chisom Okafor lives in Lagos, Nigeria. His works appear or are forthcoming in Praira Schooner, Palette Poetry, The Indian Journal of Literature and Aesthetics, Expound Magazine, The Single Story Foundation Journal, The Rising Phoenix and elewhere. He was listed in Woke Africa’s “21 Best African Writers of the New Generation.” He was also shortlisted for the Brittle PaperAward for Poetry in 2018. He is presently on the editorial team of 20.35 Africa: An Anthology of Contemporary Poetry, now in its second year.

Francis Annagu is a native of Ninzom, from Sanga Local Government Area of Kaduna State, Nigeria. He graduate top of his class in the Department of Political Science, Kaduna State University. A creative writer & rights activist; during his third year at the university he published a poetry collection “Our Land In The Beak Of Vultures (Hesterglock Press, UK)”. His poetry works have appeared in over twenty-five literary anthologies and magazines including Potomac Journal, Crannog Magazine, Dead Snakes, London Grip New Poetry and elsewhere. In 2016, he received the Poets In Nigeria Special Mention and was one time Nominated Best Of The Net by Parousia Magazine. Shortlisted for the Erbacce Poetry Prize in England, he’s regarded today as Southern Kaduna most prominent poetic voice. 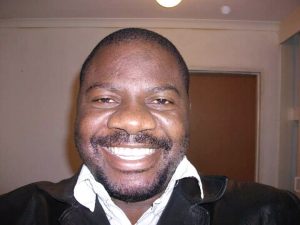 Tendai. R. Mwanaka
(As Board of Advisor)

Tendai. R. Mwanaka is a multi-disciplinary artist from Chitungwiza, Zimbabwe. His Oeuvre of works touches on non-fictions, essays, poetry, plays, fictions, music, sound art, photography, drawings, paintings, video, collage, mixed media, inter-genres and inter-disciplines. His work has been published in over 300 journals, anthologies and magazines in over 27 countries. His works has been translated into Spanish, Serbian, Macedonian, Albanian, Bengali, Turkish, Hungarian, French and German.

Jide Badmus
(As Board of Advisor)

Jide Badmus is an electrical engineer, author of two books of poetry. He is inspired by beauty and destruction. He believes that everything that is destroy was once beautiful. He is married with two daughters. He lives and writes from Lagos, Nigeria. You can follow or chat with him on; jidebadmus@gmail.com, Twitter: @bardmus, Instagram: @instajhide

D. M. Aderibigbe
(As Board of Advisor)

D. M. Aderibigbe is from the Ikorodu district of Lagos, Nigeria. His first book, How the End First Showed, was selected by Aimee Nezhukumatathil for the 2018 Brittingham Prize in Poetry and is forthcoming from the University of Wisconsin Press in fall 2018. His poems have appeared in The Nation, The Poetry Review, jubilat, New American Writing, and elsewhere. He’s received fellowships from the James Merrill House, Banff, OMI International Arts Center, Ucross Foundation, Jentel Foundation, and Boston University where he received his MFA in creative writing as a BU fellow and also received a Robert Pinsky Global Fellowship. This fall he will begin a PhD at Florida State University, Tallahassee.