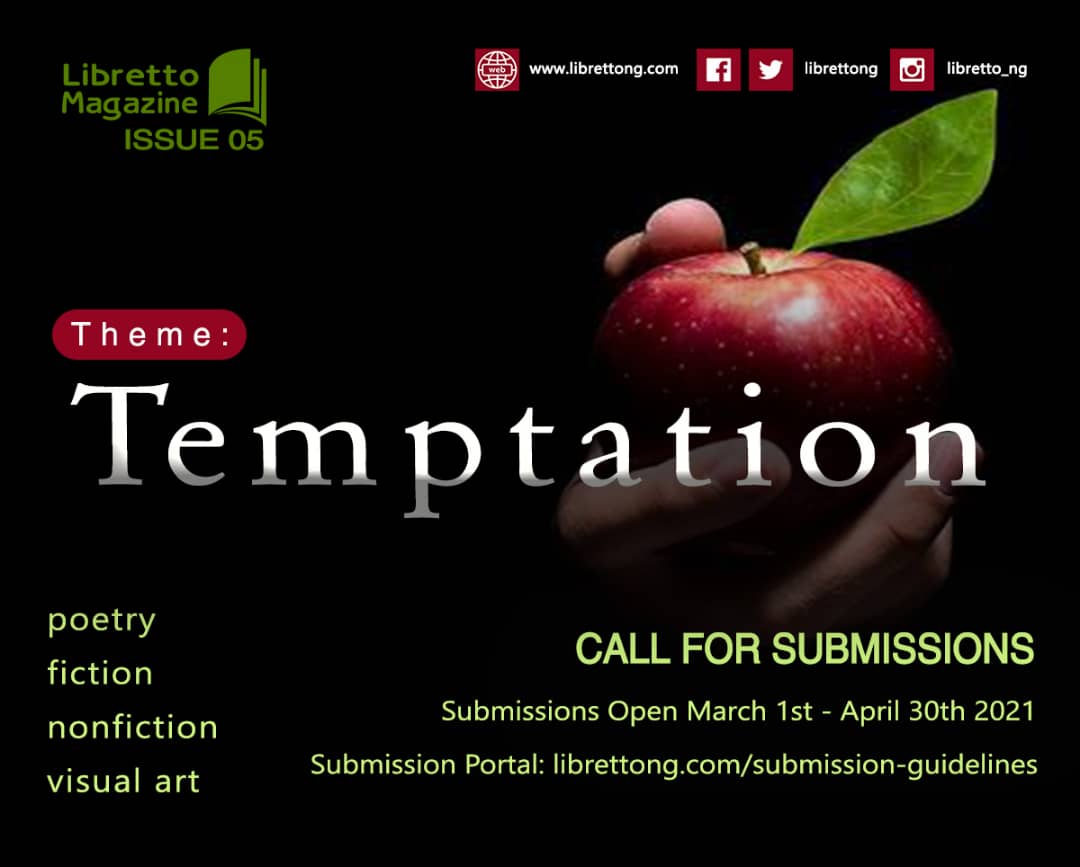 On this poetry collection of ‘I Want To Join Them’ cover, Professor Idris Amali once said, “Even without giving the cover attention you will see blood everywhere and money; dollars and nairas changing hands confidently and less than a fit below you will meet inferno ravaging the land, children’s future, conscience being bombarded in a state of war that the killers and arsonists are safe. How can she join them? How dare she joins them as my wife? This is the response of the renowned poet Professor Idris Amali to his wife Dr. Halimia Amali’s book ‘I Want To Join Them‘ when it was minimally released by Kraftgriots books 2016.

In this book you will meet a land and its people burning nonstop. You will meet a poet interrogating and excruciating beings salvaging happiness in their bondage. In her lens, each abandoned ash and weak embers of what was destroyed invokes our eyes, implies some hardly seen scorched beings still live.

The forty-five poems collection enters one’s heart through his or her intimate wounds and unhealed scars. Each poem is a fire genuinely neglecting the cries of what it scorched. It is a hungry fire and brimstone, which effaces the tall walls raised by the purported unchallengeable as a cover to veil their pillaging markets.

All the contemporary poets writing about intricate corruption and injustice in Nigeria and Africa use axe, they cut corruption down from its trunk to fruity branches. In ‘I Want To Join Them‘ Halima Amali goes wider length to excavate all the roots with psychological exactness through its medical history, she went further to check the type of soil breeding such consolidated roots, the type of seed, wind movement and the amount of rain water that corruption uses before maturity. She also checks the formula of corruption its advocate uses to erase dreams and potentials of ordinary people. Dr. Halima Amali search for our fracture areas. She searches for the salvageable in us out of the raging inferno. When the land and people we know and love are crushed. There are people experiencing corruption at different stages, and there are people enjoying it too without guilt, knowing and unknowingly, these farmers of delinquency do not care about the condition of its consumers.

In the six stanza poem ‘I want to join them, page 32. The poet comes to the stage as a dancer, drums and the spectators chant. ‘I want to join them/In this dance of no shame/Twisted of irregular hips/Tucked in elephant dresses/And naira notes tailored in overalls/Hung over their glittering frames’. In this poem Halima diligently checked the list of casualties of these bloodless revolutions without remorse.

In the second stanza of the poem, from two lines, she roared more: ‘In this state dinner for heartless men/Devouring broken hearts of the downtrodden/With stinking mouths of affluent meals/Like robbers, they grope/Grope into our treasury’. This poem alone interrogates all the process of pillaging our land from the root to the scented flowers. The poet continued, ‘I want to join them/In this celebrated theft/Where no man of honour partakes/Legislative chambers turn center of thugs/Where legislators take turns in bouts/And bills grow into mountains/Punctuating the terrains/Yet sitting allowances are cashed in trucks/In appreciation of their irresponsible physical combats. This poem from its beginning to the end addresses the methods of violence against innocent people in the society without using the language of violence.

This poetry collection does not only attempt neatness in every direction, but it also grasps neatness in its palm and builds it stage by stage with superior accuracy. Not all poets articulate situations from all sides. It takes great years of experience and hard work to transport potpourri of emotions: cries, wailings, grieves, violence, depravity, etc. into an organized ears. However, Dr. Halima assures us in the first poem in this collection ‘We shall pull them down these men of deceit/Disguised in robes of democracy/hunting our well-being/Tormenting our souls/And offering us no hope.

In this book, Halima carefully expounds her emotions. She starts from, ‘We shall pull them down, to ‘I want to join them’, ‘the call’, ’emotions’ and ‘where is the era?’. The poems wander easily in many untamed multifaceted forests, the poems move from simple pain to the unimaginable. In ‘the call’, the anger seems personal ‘We walk in the path/Path of thorns and bushes/For a set goal to graze/I watch my off-springs gamer in pride/At the crossroads I wondered/To which direction next/As we walked on.

In six stanza of the poem radiates raw meteors, falling like rain of boulders. It goes. I stepped in solitude/To this direction/Where light is supreme/And mankind lives/I walked to the East/In gaited steps of piety.

There are different faces of Halima Amali that runs through ‘I Want To Join Them’, the furious one and the mild and lovely one, the lens that shows us rages, pains and anger, padlocks that shows us love.

In ‘No one like you (for Idris), the poet write, ‘To this cherished being/Weathering the storms of my heart/A soothing diaper of my filth/In consolation to my desire/ this elegant one/Lightening anguish off my heart/A nursing warmth of my woes/Tending me with love’. Halima in remembering her father invokes the time-past and all its folded memories not minding its intricacies that are greater than human mind. She calls. She wishes and prays, saying; ‘I wish/I could padlock minutes and hours/To stagnate days and nights/For my father to never age/But living on the shower of my love/And barrels of care/Like I gulped from him/All I cherished/In super size /If I could/I would turn yesterday to today/Stretching my arms out/Splashing life’s desires/Unto him/Like he suckled me with sweet milk/From his fatherly nipples/Offering me a motherly care’

The only weakness of this collection is Halima’s spendthrift when it comes to examining a particular situation. She does this by retelling the same tale in disjointed narration using a different lens and revisiting the same event using different emotions. She interrogates the incessant threat of economy violence against ordinary vulnerable Nigerians from a defeated moral by offering to join them in other to expose their filth, even though it is the other way around. As each stanza expands, Halima embraces her limitations of narrative in response to the open injustice, pains, anger and grieves of her people turning to a colourful sky completed in strata and each poem brings the image into clarity of the former.

This collection is a rich and large that one cannot encompass its entire message in a single review. Each line is a testimony. Each stanza is a bridge. Each poem is a map–a compass, a guidebook, a scripture and faith of our existence. I tried to bring all the emotions, grief, injustice, sincere concerns and eerie energy in this book into this review, but I still find myself incapacitated in some areas. Some emotions are just indescribable no matter the interpretation. In this poetry collection, Halima Amali announced herself with a sniper like brimming bullets.

Umar Yogiza Jr are the author of three collection of poetry, they live between Abuja and Lafia where God and Devil toss the coin of their life. There writings appeared in many literary platforms.